What is the tour exception report? Print 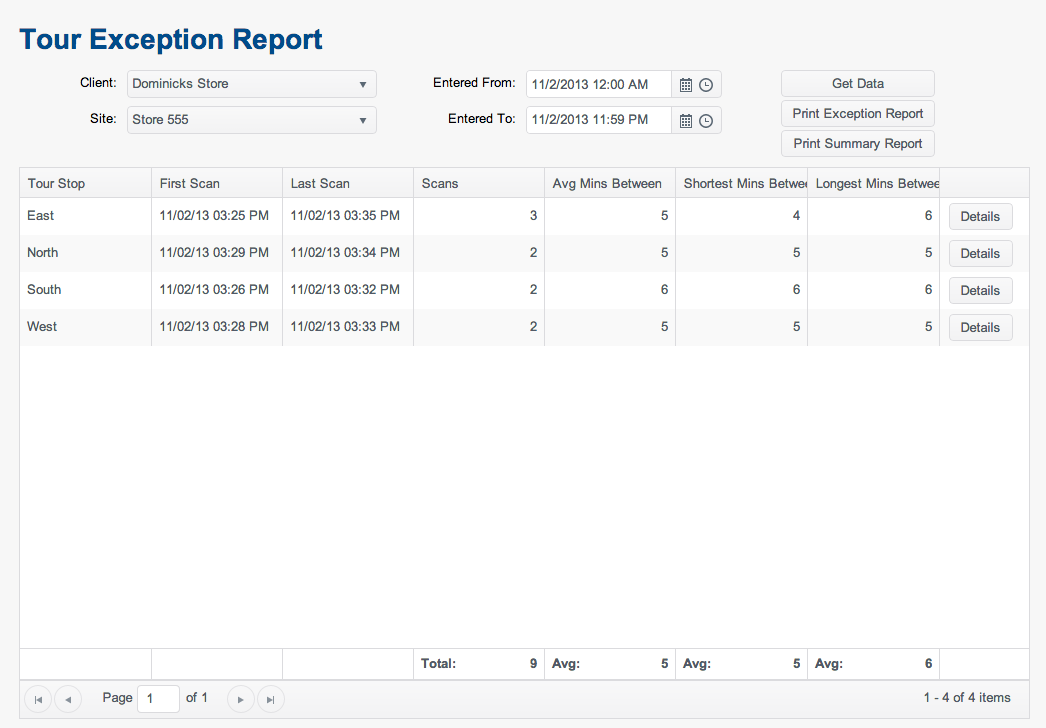 Evaluate this data paying close attention to the shortest and longest times between scans.  For example, if you see a tour stop where the Shortest Mins Between each scan is 1 min or less, it may be necessary to evaluate those scans.  It could be the case that an officer scanned the tour stop repeatedly just to get a certain number of scans for his shift.  If you see scan times that look suspicious click the Details button of that tour stop to get a chronological list of the scans.

Did you find it helpful? Yes No

Send feedback
Sorry we couldn't be helpful. Help us improve this article with your feedback.
Back to Top